TREASURES UNDER THE FARMHOUSE

Today is the day one of the most amazing women God ever created was born…my mom. I’ve wanted to blog for a long time about some pictures of her (and her siblings) that her mom took. Because some of the pictures were taken on her other birthdays, I thought today would be a good day to do it.

My mom was the third born of four children to my grandpa and grandma Bonnie. From stories I’ve heard, my grandma Bonnie was a really special, Godly, creative woman who LOVED her family. Unfortunately, she died when my mother was five years old, so I never got to meet her. At some point after she died there was a storage shed with a lot of her things inside that burned, which was heartbreaking.

A couple of years ago, my grandpa decided to have central heat and air installed at the farmhouse. My mom was staying with him at the time and on the first day the installers were there, one of them came up from the basement to ask her a question. He’d been in the crawl space under the farm house and saw three boxes. He asked her if she wanted him to pull them out for her and of course she said yes. 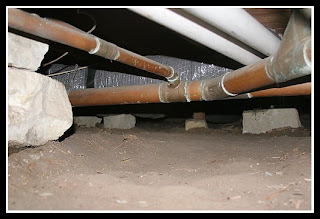 What was inside those boxes was AMAZING!!! No one, including my grandpa, could remember or figure out how the boxes got there…they’d literally been there for at least fifty years. Inside the boxes were pictures, negatives, two albums and a family scrapbook/journal that were all done by my grandma Bonnie. The boxes also had dirt and mouse droppings, but basically nothing was ruined. You could tell mice had nibbled on some of the pictures, but it was never enough to keep you from seeing who was in the picture.

(Click on any of the pictures to see them bigger.) 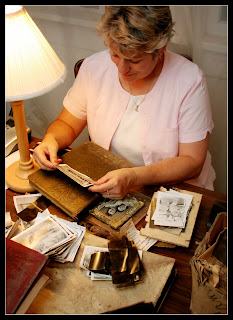 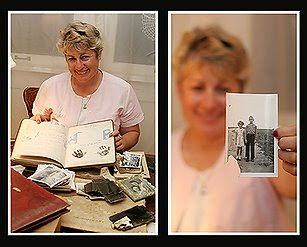 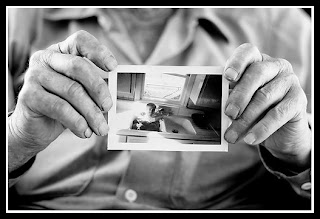 My sister and I had already planned on coming for a visit a couple of days and had SO much fun going through everything with mom. The following weekend quite a few family members were going to be together for Memorial Day, so I brought all of the negatives and pictures home with me to scan. It was SO fun scanning the negatives and seeing the picture come up on my computer screen. 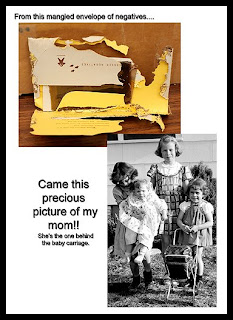 With the pictures and negatives combined, there ended up being over 150 pictures, most of which my mom and her siblings had never seen. What a gift! One thing that really struck me was that my grandmother had a love for photography that I had never known about. She used a Brownie camera to document the lives of her children…which I can’t even imagine!

Below are some of my favorite images from the ones found. 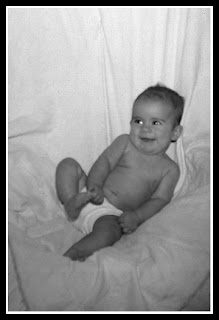 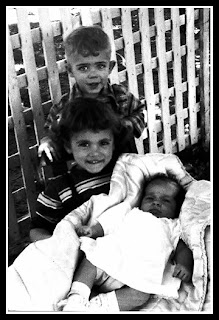 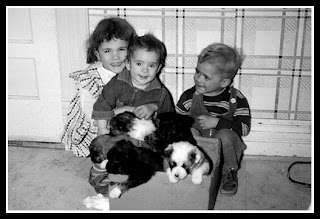 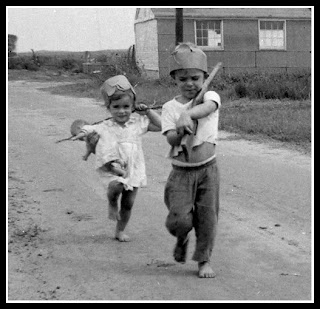 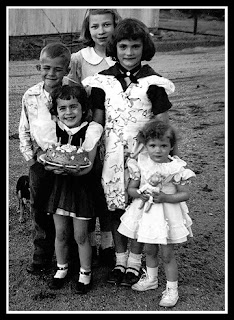 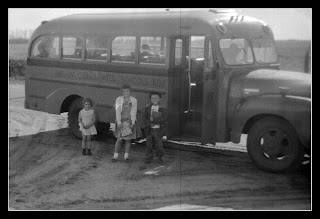 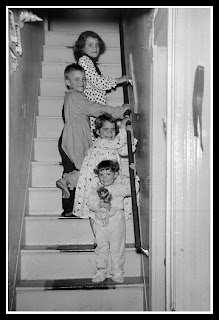 This last picture was not from one of the boxes, but is one my sister ran across a few months ago. We’d looked at it before, but never realized what our grandma was doing…changing the film in her Brownie camera as my mom, her sisters and cousin watch. 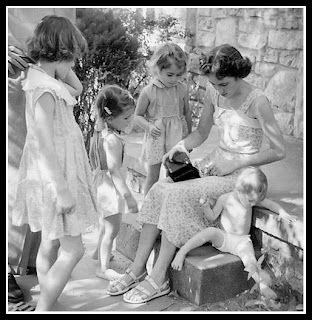 Who knows why the boxes were put under the farmhouse, but thankfully they didn’t burn in the fire and were found in time for Bonnie’s children, grandchildren and great-grandchildren to enjoy!

« THE ROSALES BOYS
THE SAMS SISTERS »